We closed out the 2017 Aquatennial with a BANG on Saturday, concluding the four-day festival with Target Fireworks. Leading up to fireworks, we had a great day of fun things to do in downtown Mpls, including AquaJam, Pre-Firework festivities, and more! 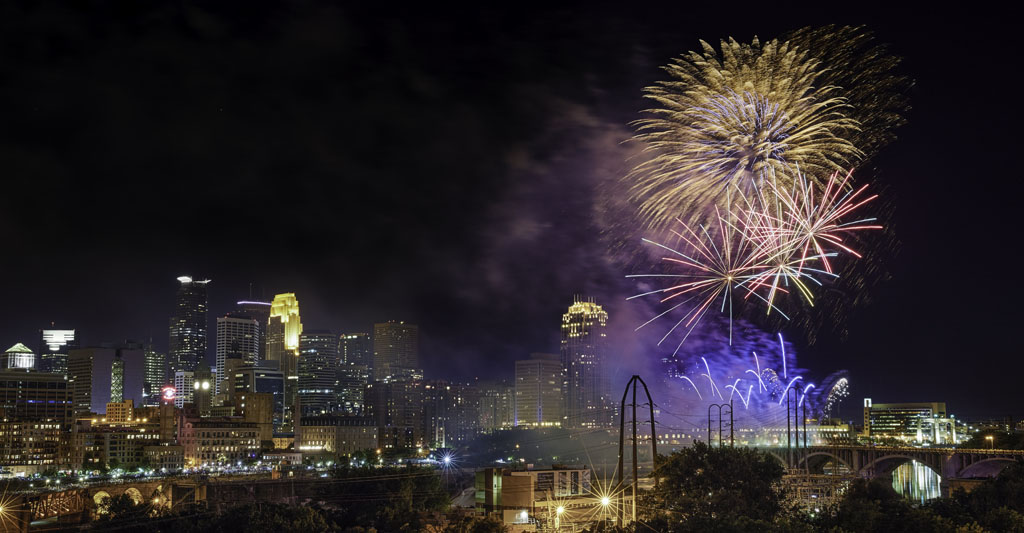 The grand finale (as always) at Aquatennial is the beloved Target Fireworks, considered one of the top 5 annual displays in the country. The evening always kicks off with the Pre-Fireworks Festivities from 6-10 pm, and this year it included four bands performing consecutively including Heart & Soul Drum Academy, theStone Arch Isles, the Great Lakes Navy Band, and The Grateful RED—an always-popular group of Target employees who play an incredible Big Band set. There were food trucks and treats along West River Parkway. There was also a ramped-up kids zone near the Stone Arch Bridge featuring a mini-water slide, a Keys 4/4 Kids ‘Paint a Piano’, a Crayola Experience, face painting/Henna Tattoos, a Timberwolves/Lynx booth, a Gopher Athletics booth, and more. 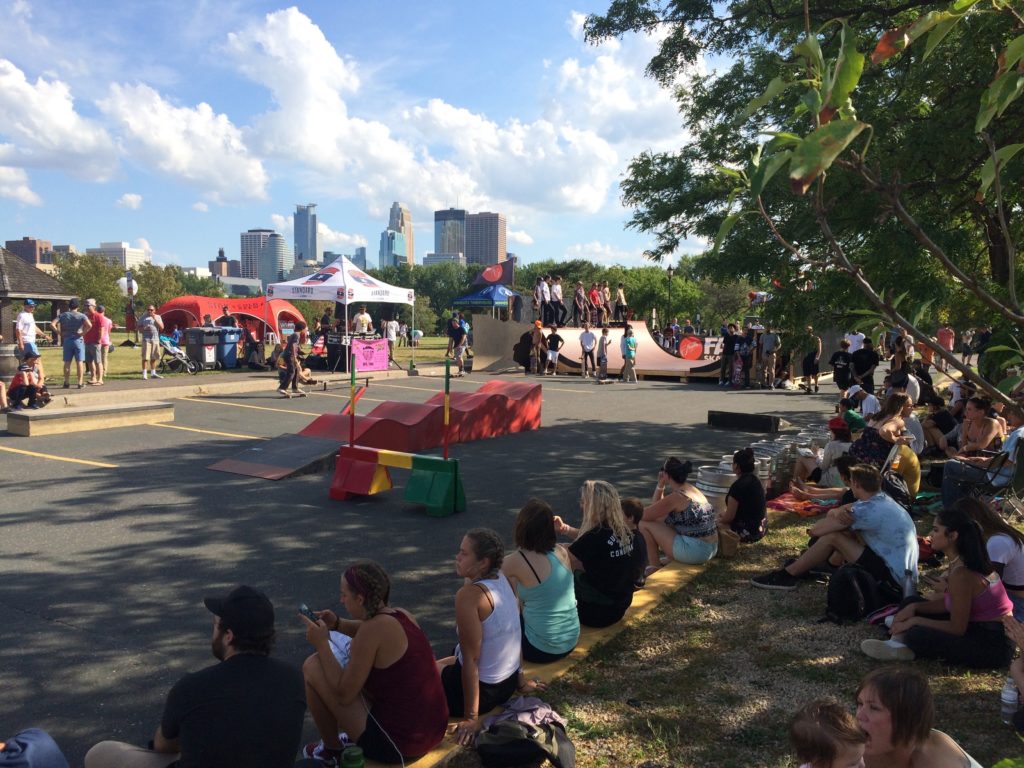 AquaJam was popular in the 1980s, and thanks to Fulton Beer and Familia Skateshop, it once again was a success in its second returning year in 2017. The event taking place at Boom Island featured a mini-ramp, a Skate your State ramp, rails, barrel jumps and more. AquaJam also featured a variety of food trucks and beverages. It was packed along the course as people watched talented local skaters, both young and old, try out different tricks. Cash prizes were handed out based on judges’ discretion of how difficult the trick was, and there was even a barrel-jumping competition where the winner cleared 11 barrels in a jump. This event was truly a one-of-a-kind experience for everyone involved. 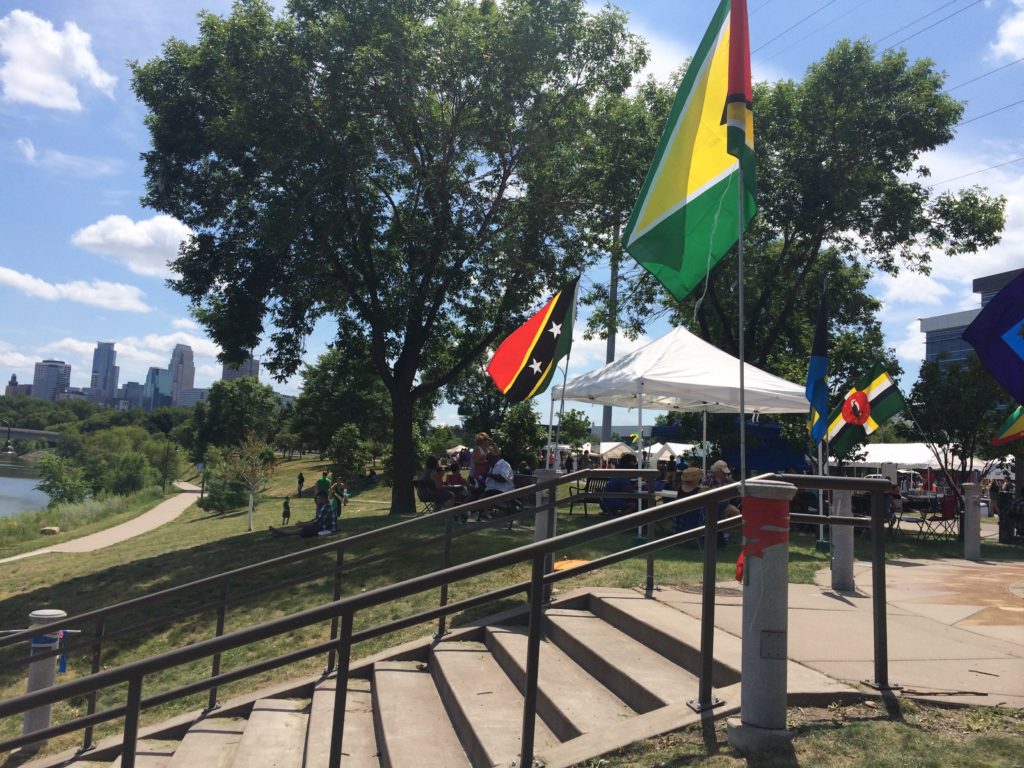 Twin Cities Carifest has been an annual staple of summer in Minneapolis for the past two decades, and it continued this year during Aquatennial on West River Road between the Plymouth and Broadway bridges. This event features Caribbean art, food, crafts, music and a traditional carnival parade with colorful costumes and dance. If you’ve never been before, it has really delicious items to try out. Plus, it is just across the Plymouth Bridge from AquaJam and just a mile and a half from the Target Fireworks preferred viewing area.