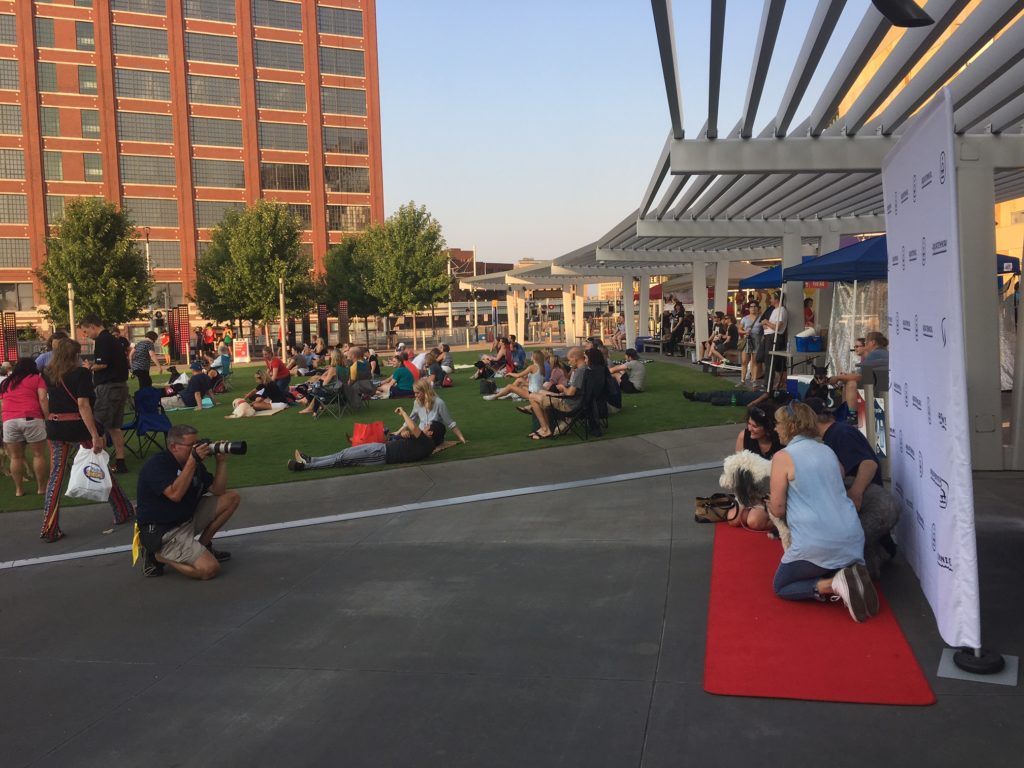 Our first ever Candid Canines Film Festival was wonderful! Target Field Station was full of dogs and their owners all night long! The 30 minute long film celebrating our favorite pets showed at 4:30, 5:30, 6:30, 7:30, & 8:30 pm. In between the showtimes, dogs visited a “pupperazzi” step-and-repeat red carpet area, which was a roaring success among the stars of the night.

Thanks to Can Do Canines for creating the film and helping put on this fantastic event. We’d also like to thank everyone and their dogs for coming out last night, we had so much fun! 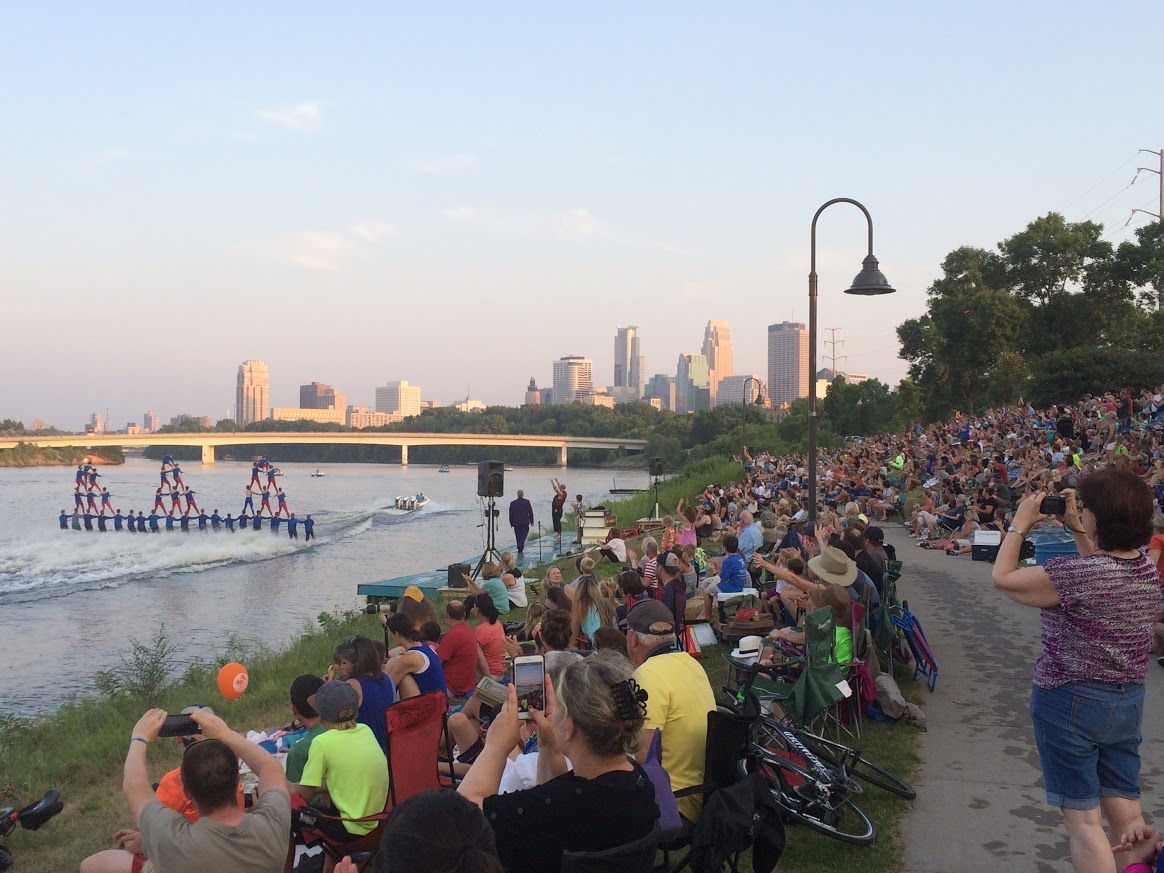 We had such a great time at the “Welcome To R.A.T.S. Academy” River Rats Water Ski Show last night! Featuring over 70 water-skiers, the Twin Cities River Rats did not disappoint. The show took place on the Mississippi River with huge crowds spectating from the riverfront near West River Parkway. The show included a ton of exciting stunts, huge jumps, and a 36 (!)  skier pyramid to end the show. Thanks to everybody who came and watched the show! The Rats are back again tonight at 7 pm for another Aquatennial show. We’ll see you there! 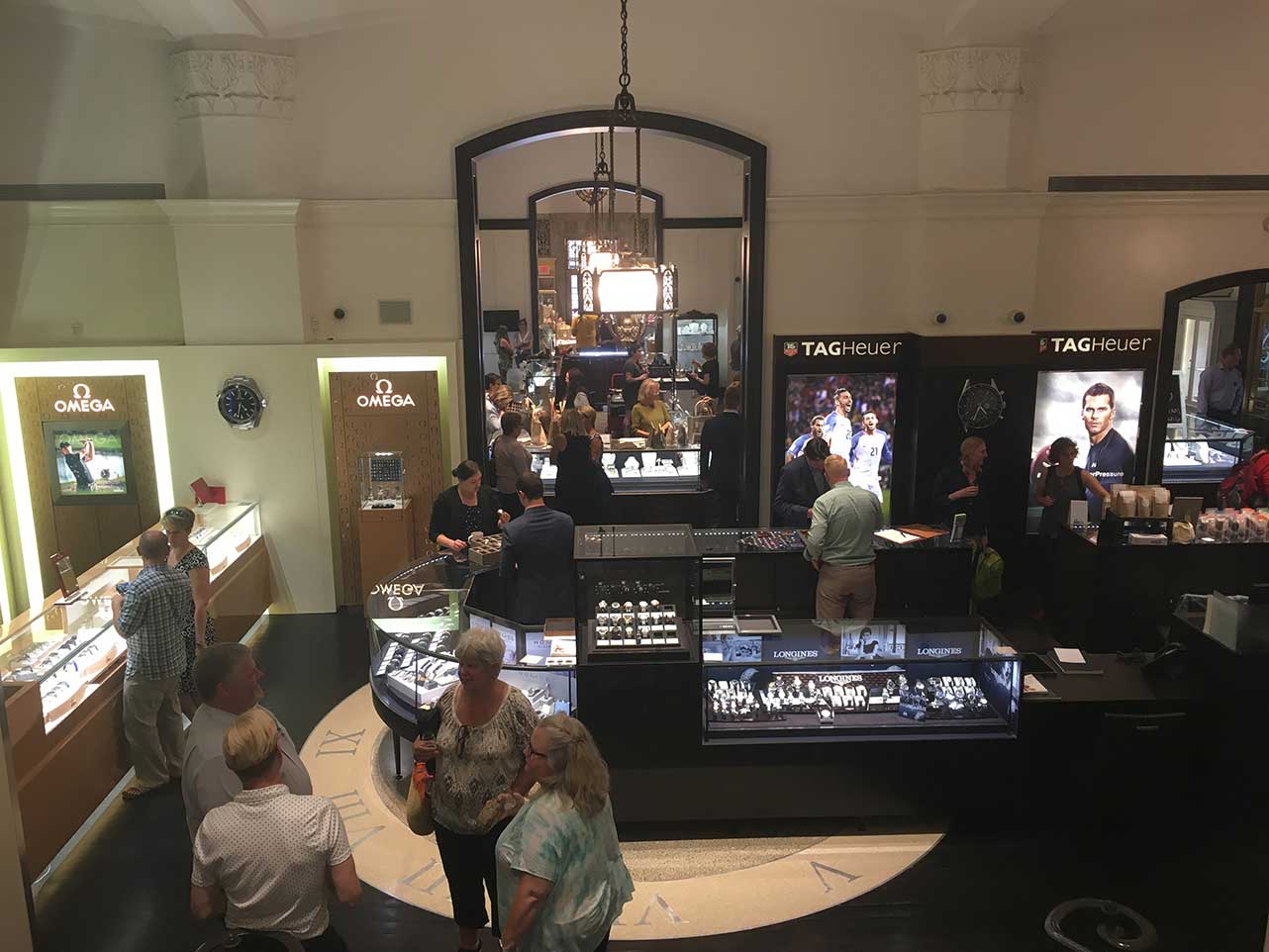 Another first-time event took place yesterday, the MN Made Market! This great new event celebrated MN makers and was hosted by JB Hudson Jewelers at their historic downtown Minneapolis location. We had a wonderful time sampling various local craft brews, exploring many local vendors and merchants, and a lot more! Lakes & Legends Brewing Company even brought a very special “Rhu-berry Farmhouse Ale” micro-brew, made especially for Aquatennial and this event! Thanks to all makers, merchants, & vendors who took part in making this brand new Aquatennial event so great! 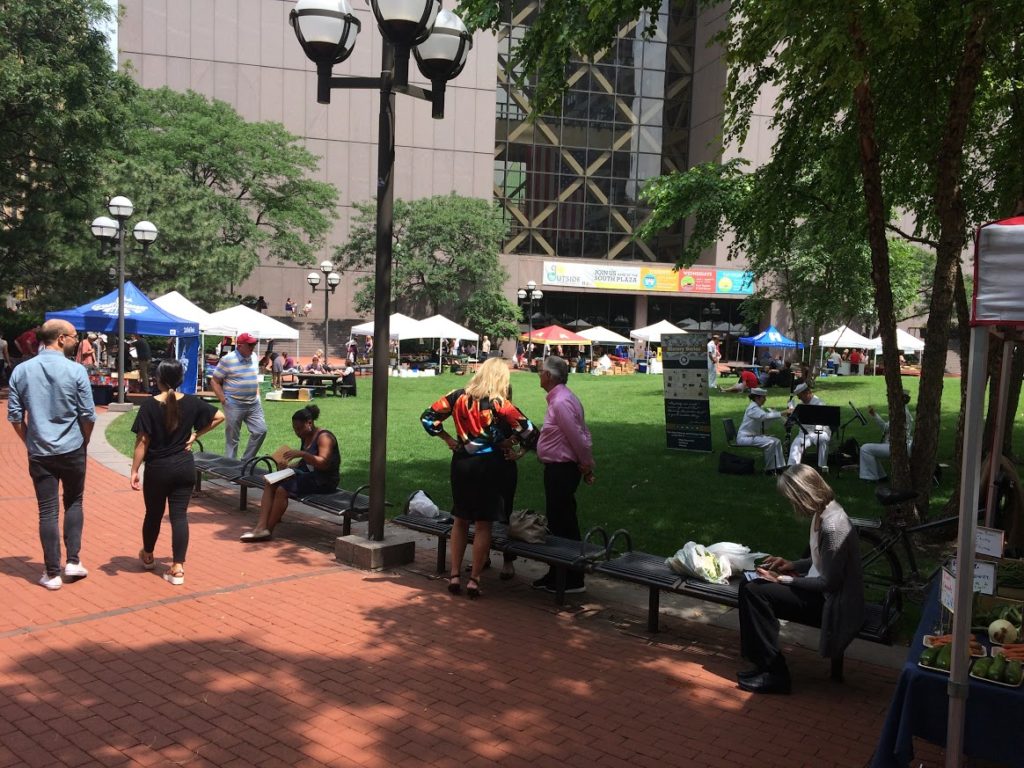 We had a wonderful time at Hennepin County Government Center South Plaza for yesterday’s Downtown Farmers Market! Local growers and vendors began arriving around 6 am and were there throughout the entirety of the day until approximately 6 pm. Honest Tea was present with their “Honest Challenge” to see how Honest Minneapolis truly is. In addition to various booths with locally grown veggies and other products, there was also live music from the Great Lakes Navy Band Woodwind Trio over the lunch hours of the day. The weather was gorgeous for this great event! 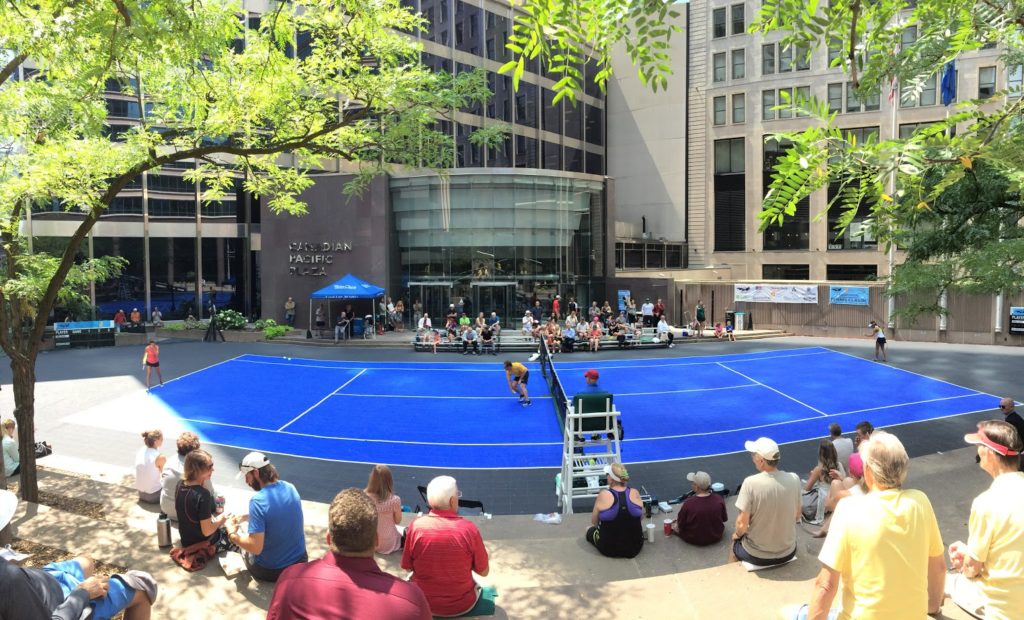 Two champions were crowned at the 22nd Annual USTA Northern Aquatennial Tennis Classic yesterday! Nine time champion Tony Larson won the Men’s Singles title, and Alexis Nelson won the Women’s Singles title. Yesterday’s action featured semi-final and final matches at Canadian Pacific Plaza. Some of the top MN players have participated in the tournament that hosts men’s and women’s singles, men’s doubles, women’s doubles and mixed doubles. The tournament began on July 10th and will conclude today during the 2017 Aquatennial. This wonderful outdoor tournament located in the heart of downtown Minneapolis features a lineup of various food trucks over the lunch hour, so stop by today to grab some food and watch the conclusion of this great tennis tournament! 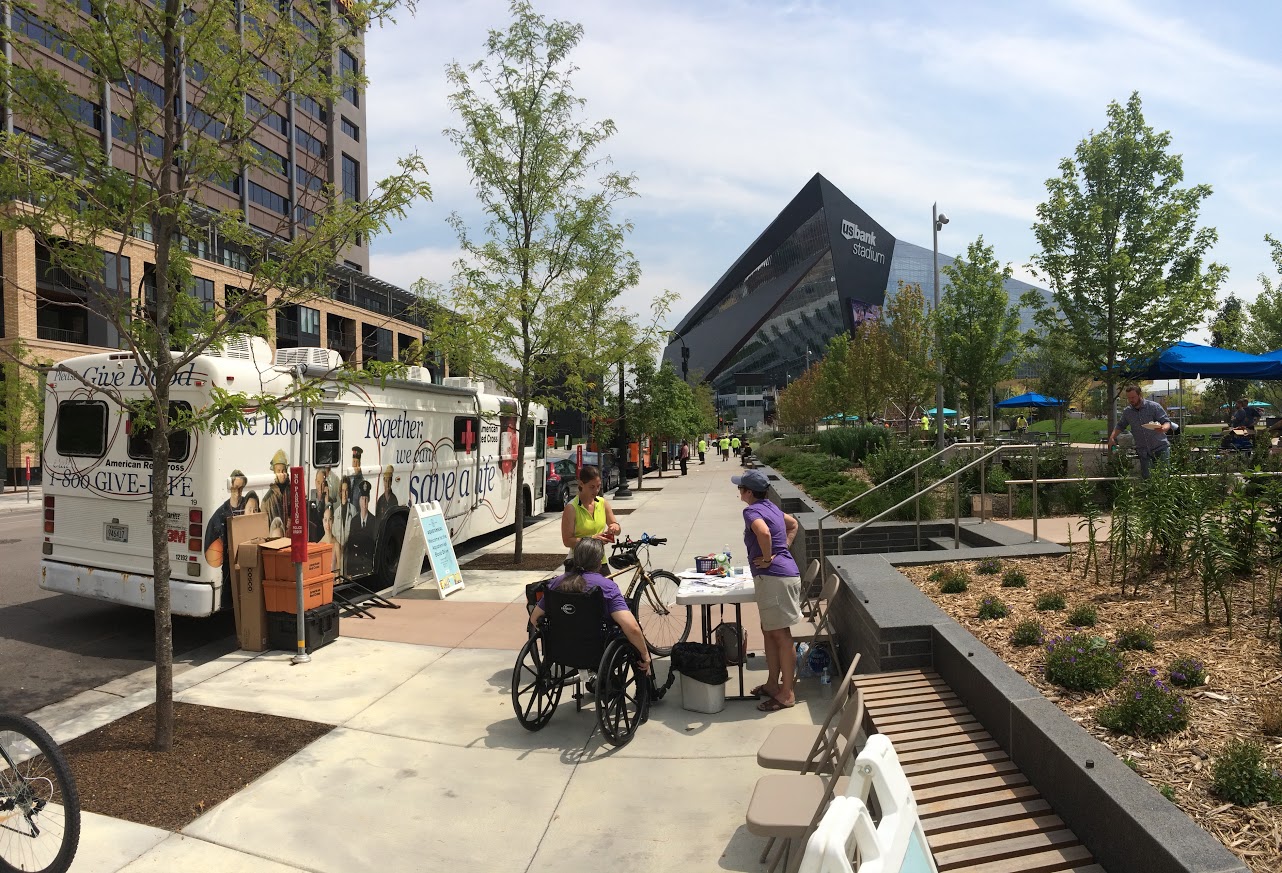 The Aquatennial is all about bringing the community together and providing a way to give back to our community. That’s why this year the Aquatennial teamed with the American Red Cross, WCCO-TV, WCCO Radio, BUZ’N 102.9 and 104.1 JACK FM to host the Aquatennial Blood Drive this week. It runs through today from 9 am to 3 pm.

Thursday’s Aquatennial Blood Drive took place at The Commons near Wells Fargo Towers in East Town. Thanks to those who took part and donated!