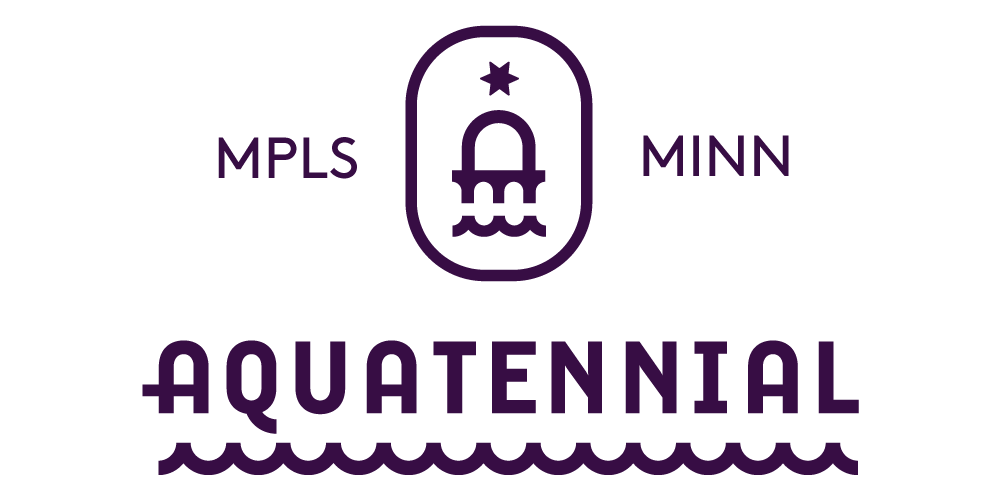 Day 4 of the 2018 Minneapolis Aquatennial was truly one that every Minnesotan can be proud of.  Hundreds of thousands of people congregated in downtown mpls to wrap up this extraordinary 4-day celebration.  We got the day kicked off with an event that is new to Aquatennial, the Aquatennial Skyline Fest.  From 11am – 5pm, people were able to watch or participate in Stand-Up Paddleboard races, free Wilderness Inquiry canoe rides, free CorePower yoga, great vendors and more. 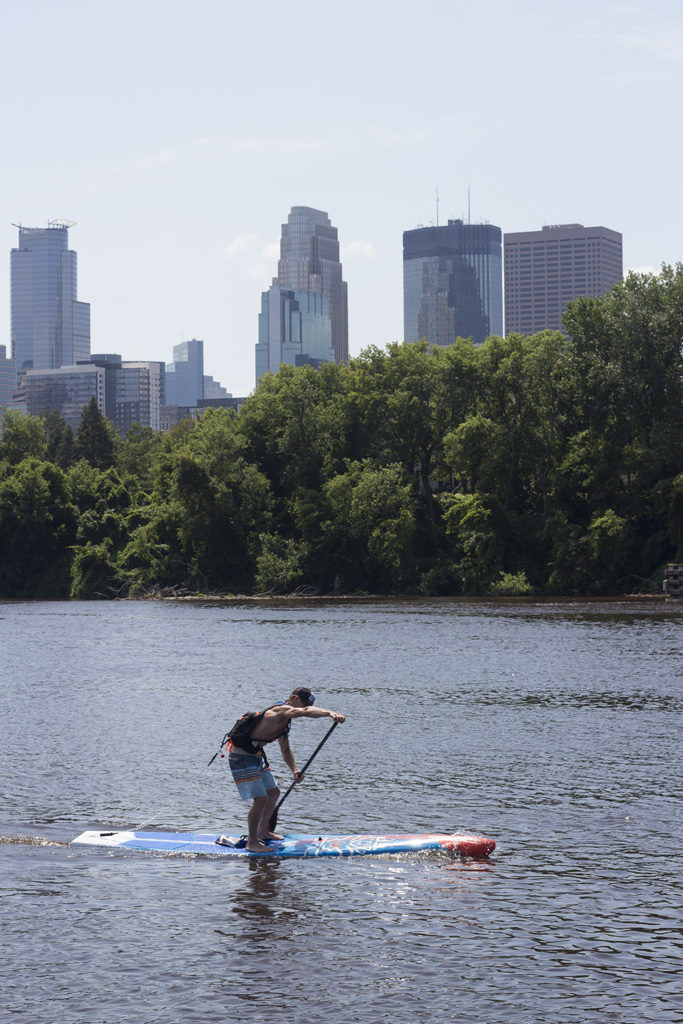 Yet another new event this year was the National Parks Service free tours and picnics on the Upper Saint Antony Falls Lock and Dam.  On a busy Saturday, the Lock and Dam would see typically see around 250 visitors.  However, during Aquatennial, they saw over 900 visitors come and take part in this fun new event.  We are very pleased with the success of this event and look forward to a continued relationship! 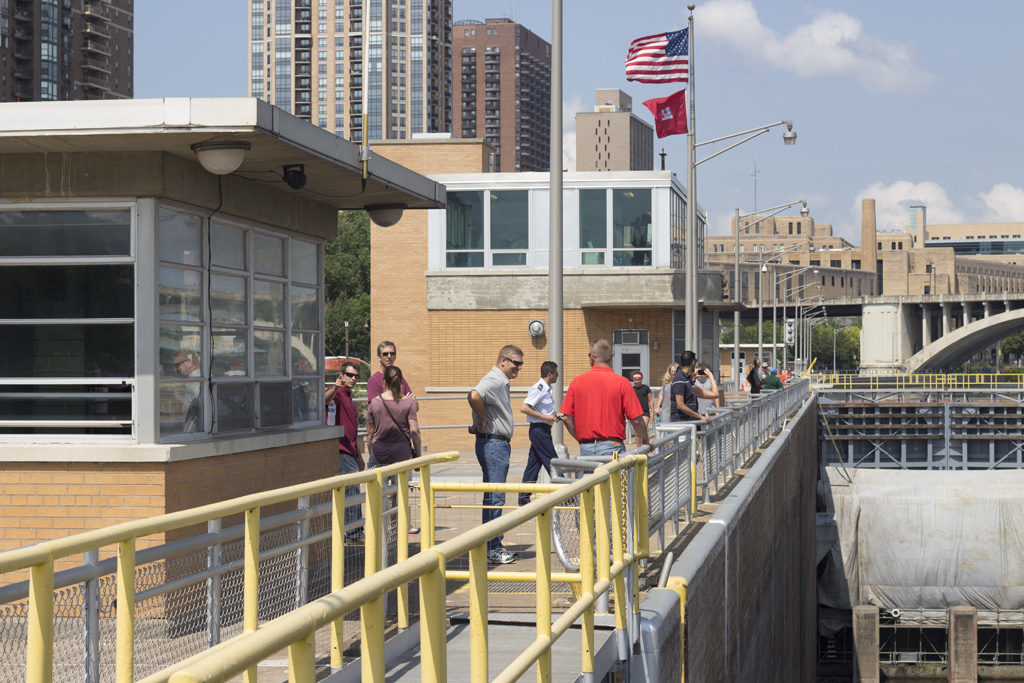 After the day-time activities were wrapping up, we were gearing up for the night. From 6-8pm, visitors were invited to the Guthrie Theater parking lot to check out AquaJam Best Trick, where local skateboarders were invited to compete on an awesome new obstacle – the Spoon and Cherry – for cash prizes.  We were blown away by the crowd that gathered to take in these sweet tricks on this beautiful night in downtown mpls.  People also stopped by to watch this event while waiting for the Target Fireworks, so that added to the number of attendees. 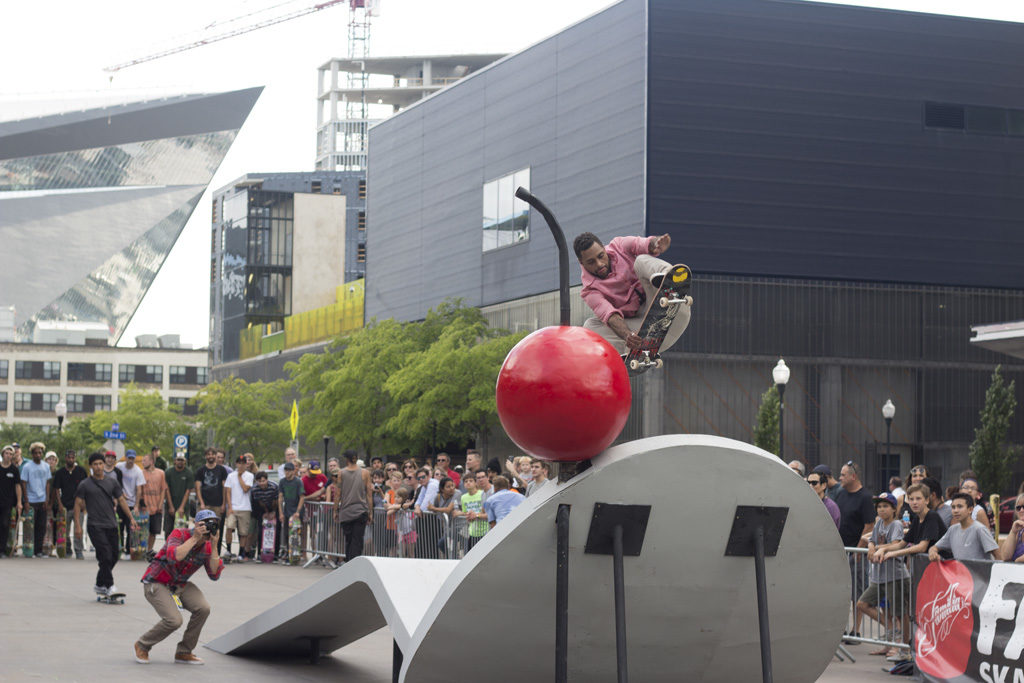 We are hearing that this year’s pre-fireworks festivities and entertainment were the best to date!  Due North, HC/MC, Of The Orchard, and The Grateful Red each played a 1-hour set for an absolutely huge crowd.  The tunes were bumping and the crowd was loving it for the entire 4 hours leading up to the Fireworks display. We also welcomed great food trucks to West River Parkway during this event.  Another huge success during this event was the Family Fun Zone presented by Tom’s of Maine.  Great vendors like the Vikings, Lynx, Twin Cities Road Crew, and more kept the kids entertained for hours. 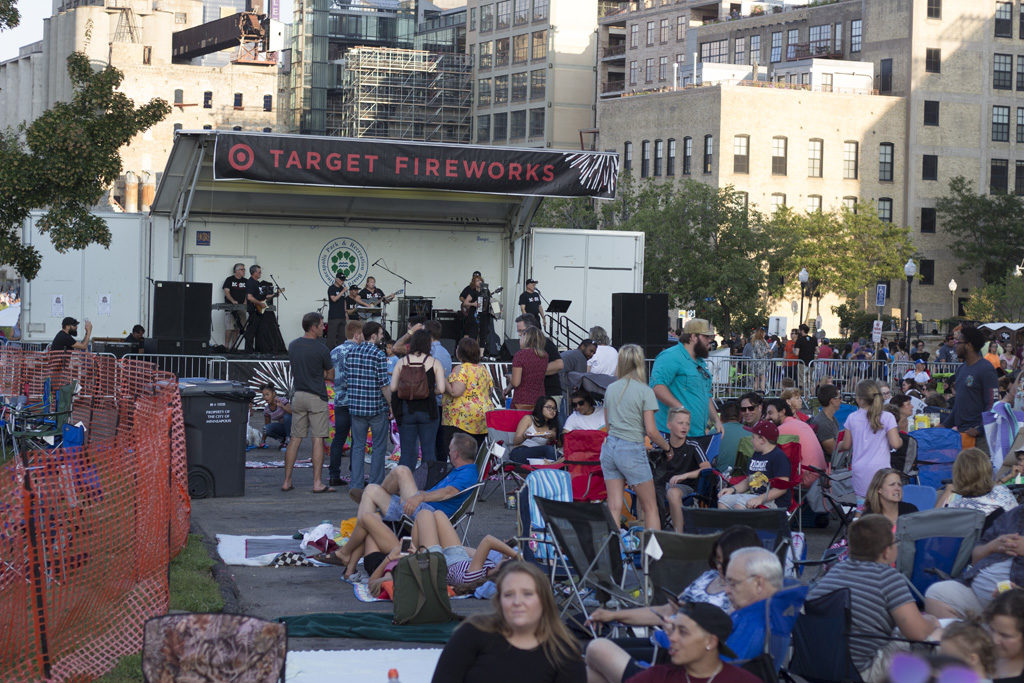 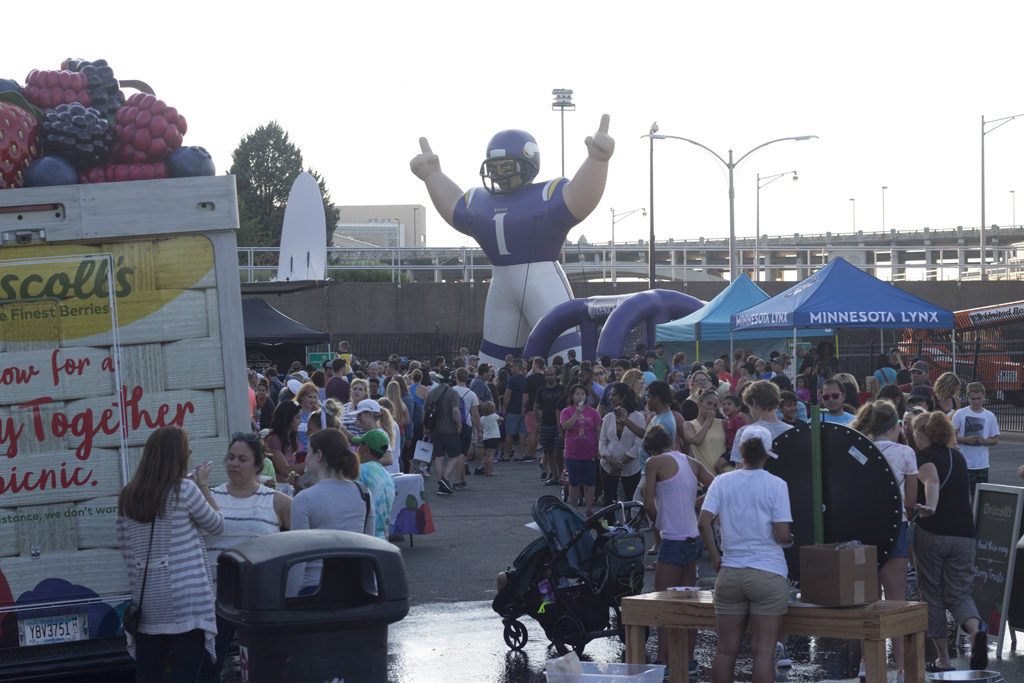 Finally, we wrapped up the 2018 Aquatennial with a crowd favorite.  The Target Fireworks – a top 5 fireworks show nationally – stunned everyone in the vicinity of downtown.  Concert-goers at Target Field quickly turned their attention from Luke Bryan to the Target Fireworks taking place in the distance.  We are so lucky to be able to work with a Zambelli Fireworks every year on this show, and we are beyond grateful to have sponsors like Target, who make this event and this celebration possible. 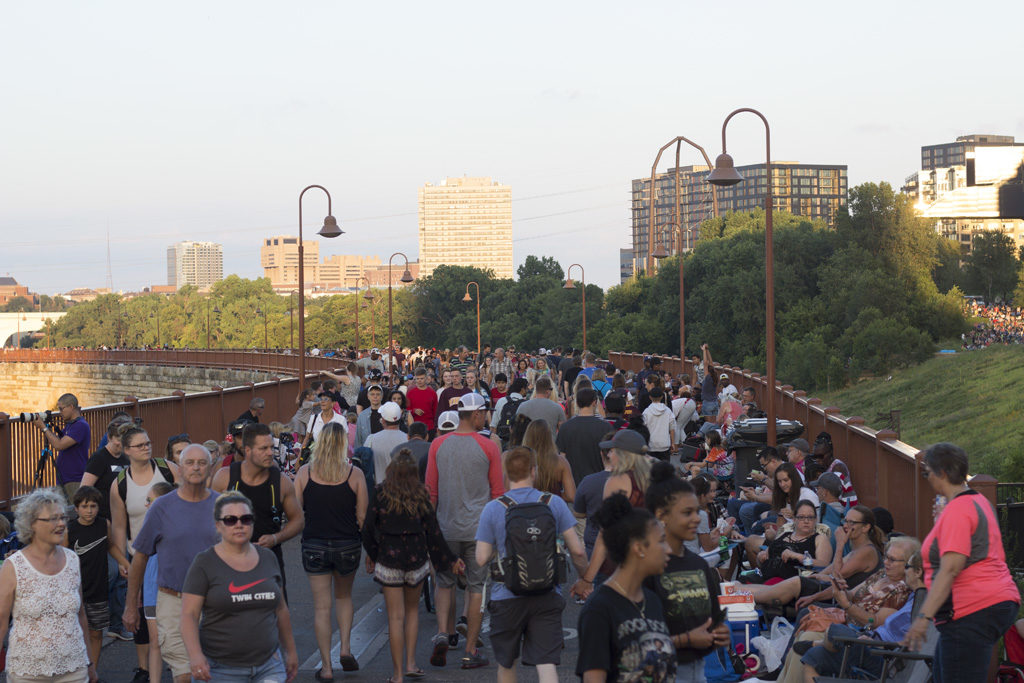 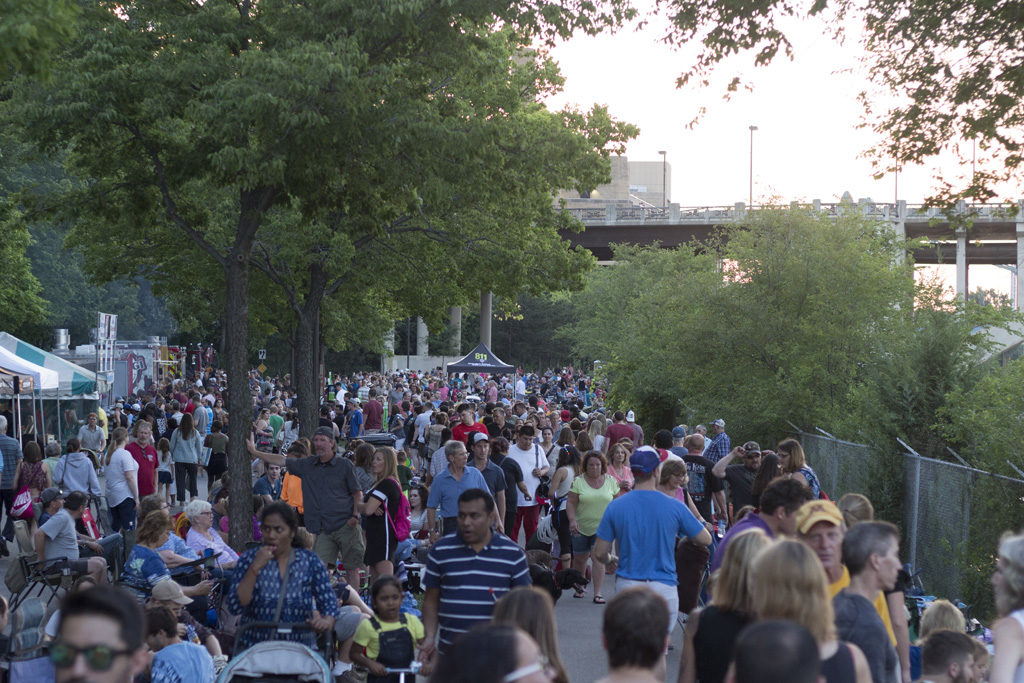 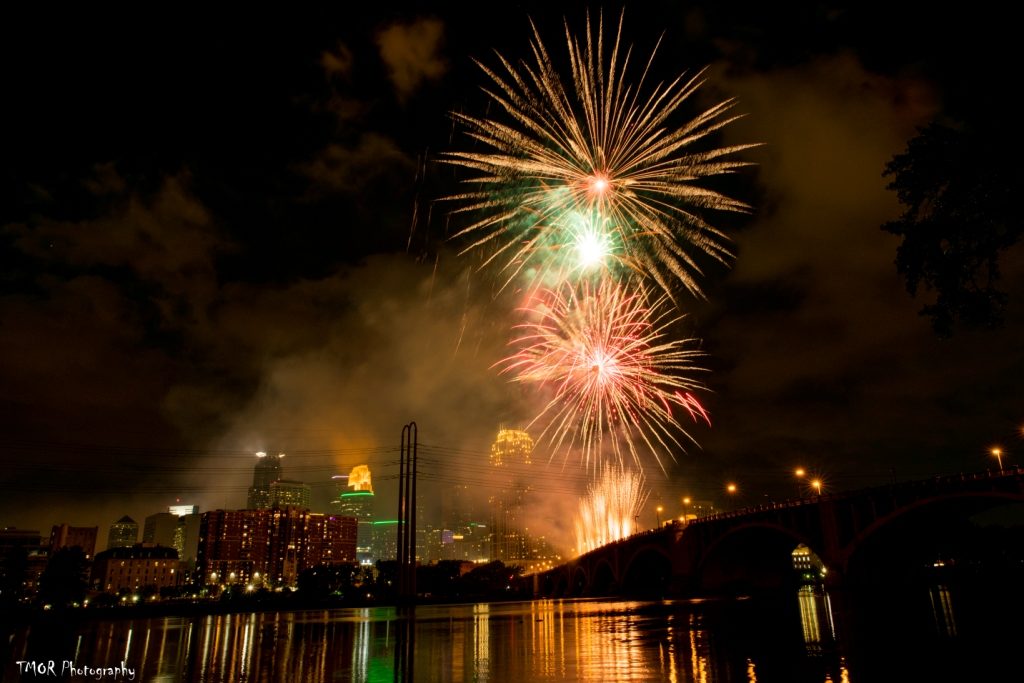 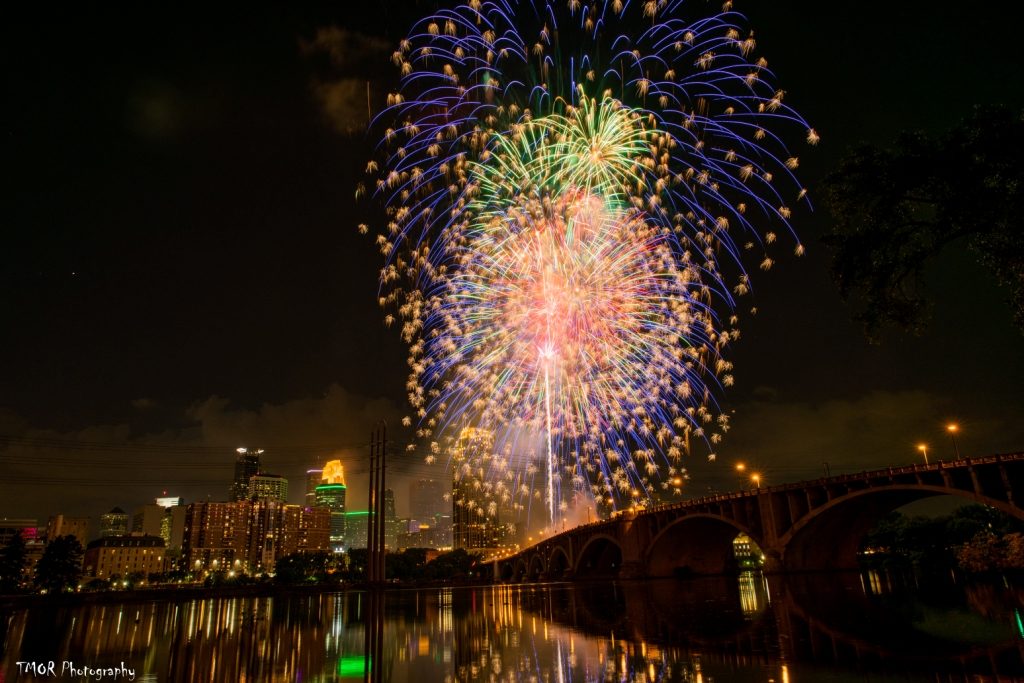 Until next time, Minneapolis.

Day 3 welcomed another new event to the Minneapolis Aquatennial.  Aquatennial’s Fulton Downtown Thunderdome took place at the Fulton Taproom in downtown Minneapolis.  This criterium format city-street bike race was a unique event and a way for people to take in the action while also enjoying a delicious Fulton Brew.  People lined the streets and watched the bikes fly by in this exciting and successful new event! 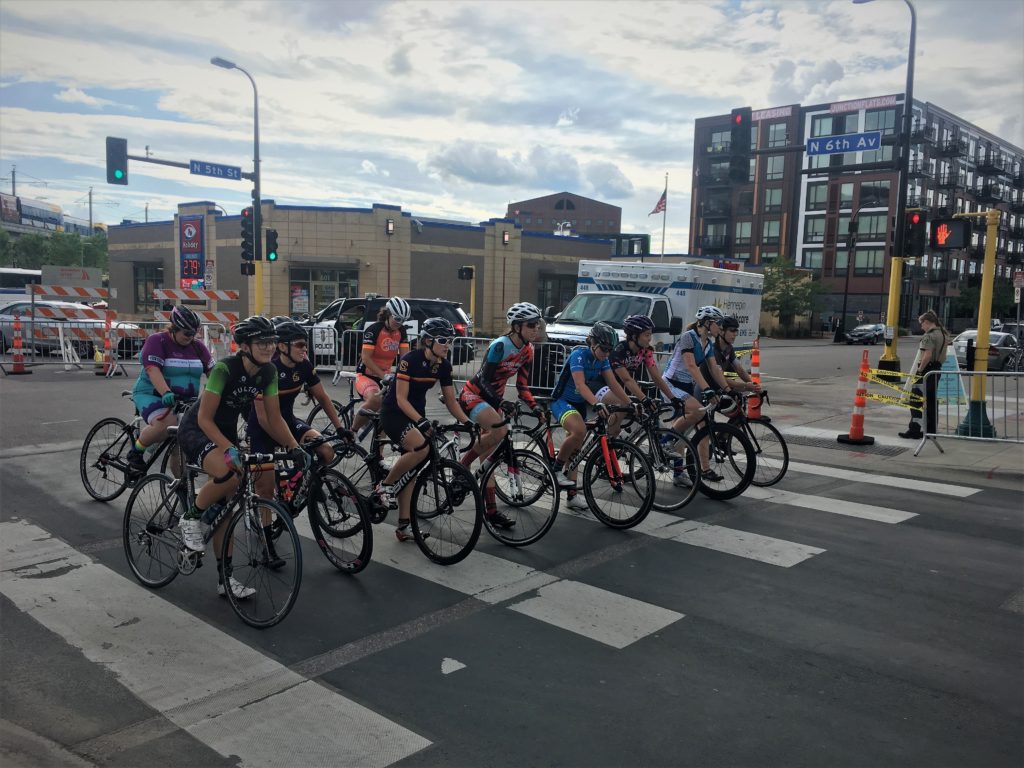 We also finished up the Aquatenial Blood Drive with the third day of donations.  Again, the IDS Center Crystal Court was a busy place with many people stopping by to donate their time and their blood to the American Red Cross.  There was a bit of a hiccup that didn’t allow for donations for roughly two hours, but we still collected 25 donations on the last day.  Our 3-day total ended up being 95 donations – a HUGE success for Aquatennial and the American Red Cross.  We look forward to continuing this success in next year’s drive, so make your plans early to donate during Aquatennial! 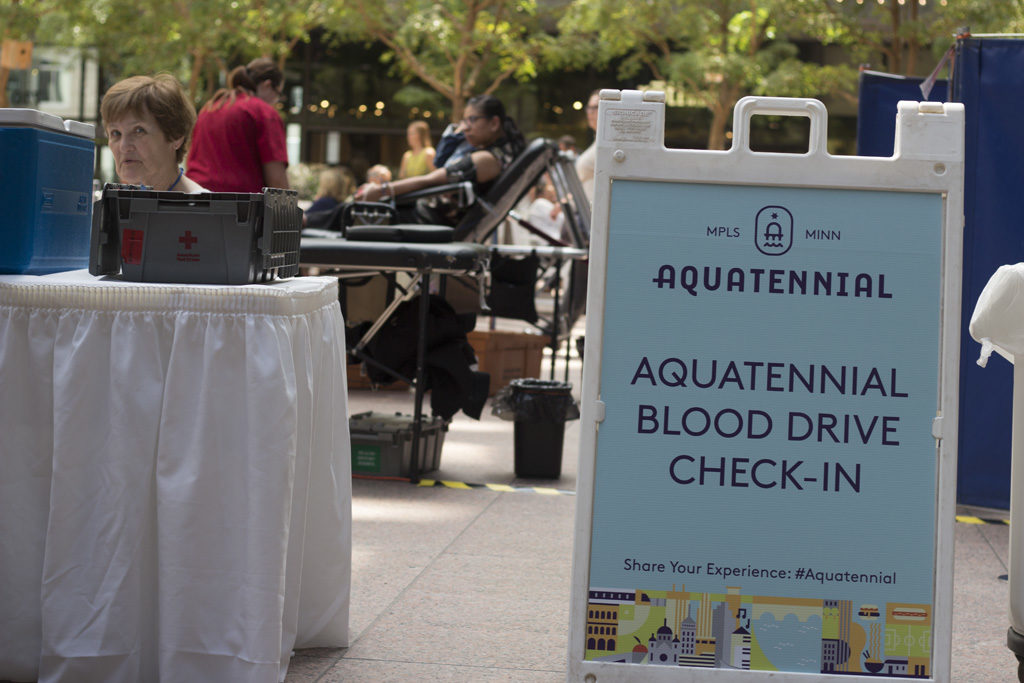 Another new event this year was Alchemy 365’s free A10 fitness class at the Minneapolis Sculpture Garden.  Around 125 fitness fanatics came out for this fun, high-energy class – and they were not disappointed!  Some people were familiar with Alchemy 365, some were first-timers, but they all came together and made this event a great success. 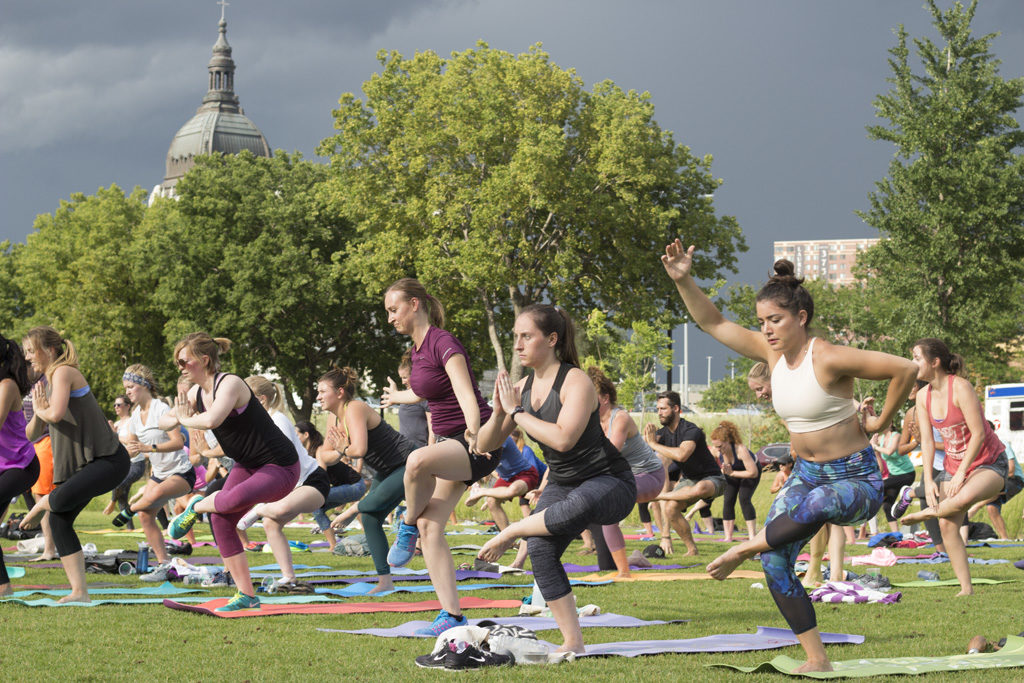 We finished off the third day of the 2018 Aquatennial with the second Twin Cities River Rats water ski show.  This event went extremely well despite the sprinkling rain an hour before the event was set to start.  Hundreds of fans lined West River Parkway in anticipation of the high-flying action of the River Rats.  The weather cleared up and the sun even came out towards the middle of the show, and these Little Ratscalls delivered! 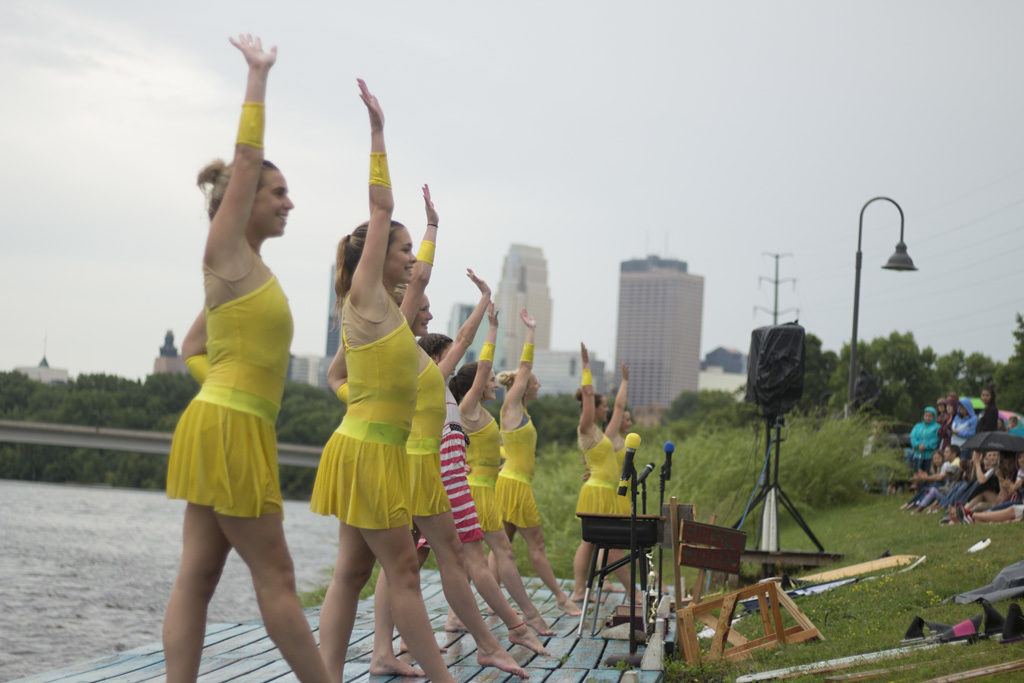 Day 2 of the 2018 Aquatennial was one plagued by the fear of rain.  In typical fashion, the Aquatennial team handled this fear with ease and professionalism.  We endured the light rain and continued as planned.  We started off with another weekly event in the summer, the Nicollet Mall Farmers Market.  Dozens of market vendors lined the sidewalks of Nicollet and hundreds of people stopped by to stock up on fresh produce, flowers and more. 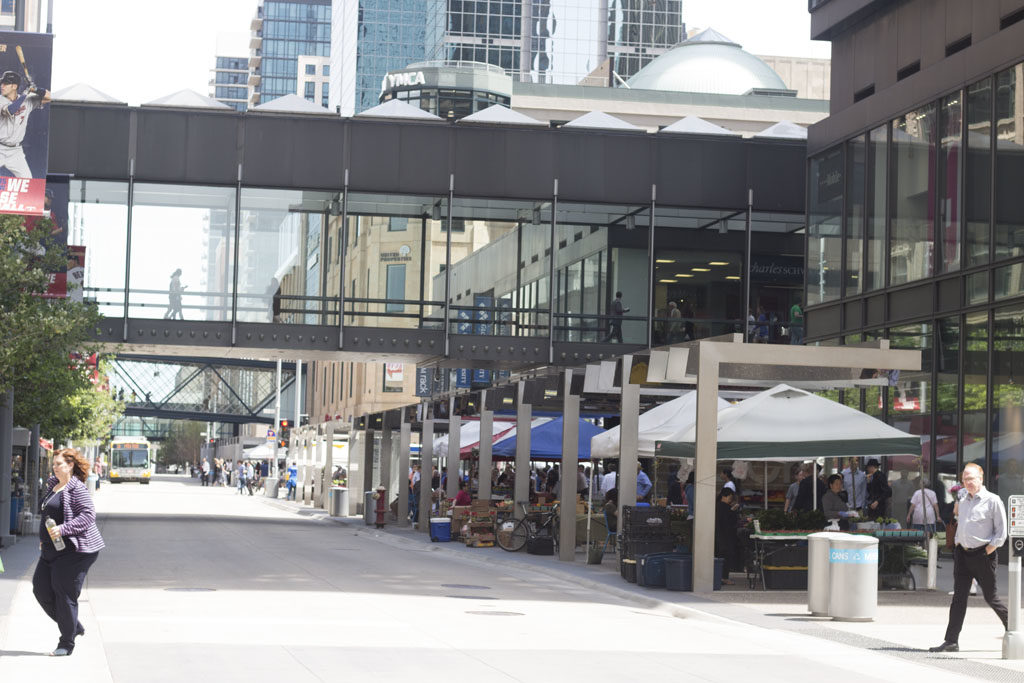 In the afternoon, we welcomed a new event to Aquatennial, the JB Hudson Family Fun Fest.  Activities included beading projects, color-your-own tiaras and watches, rock painting and a family photo station, plus hot dogs and cool treats.  This indoors event attracted many families who were looking for something a little different, and the JB Hudson team delivered with a great event that we hope to have back as part of Aquatennial in the future. 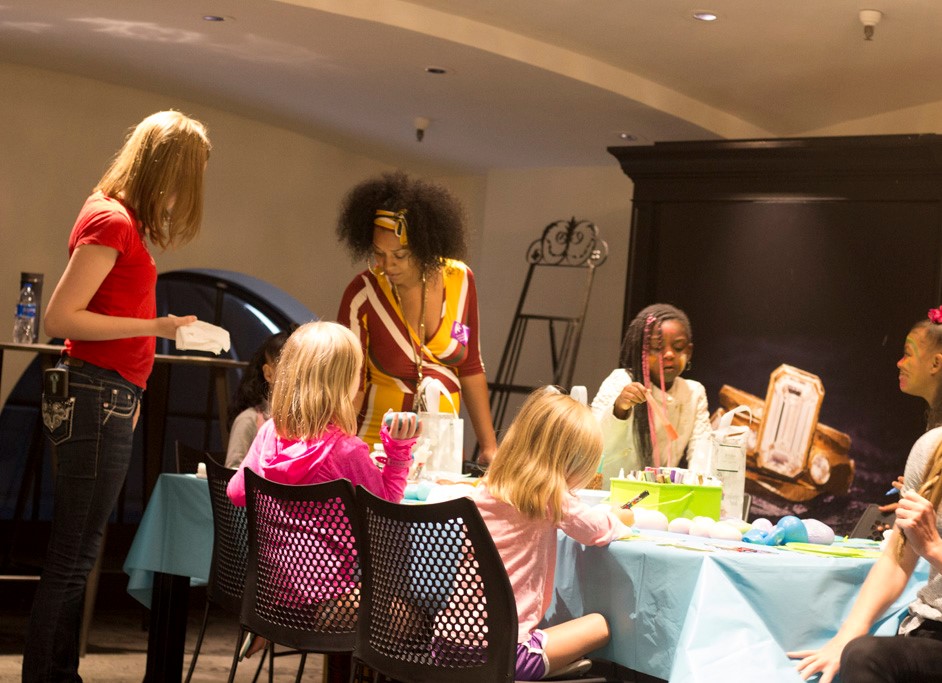 The second day of the Aquatennial blood drive was one for the record books.  The Red Cross received as Aquatennial Blood drive single-day record of 40 donations.  Lines of people were at the volunteer table all day trying to get their spot to donate, and we couldn’t be more appreciative of the efforts by everyone – especially during the blood crisis happening now. 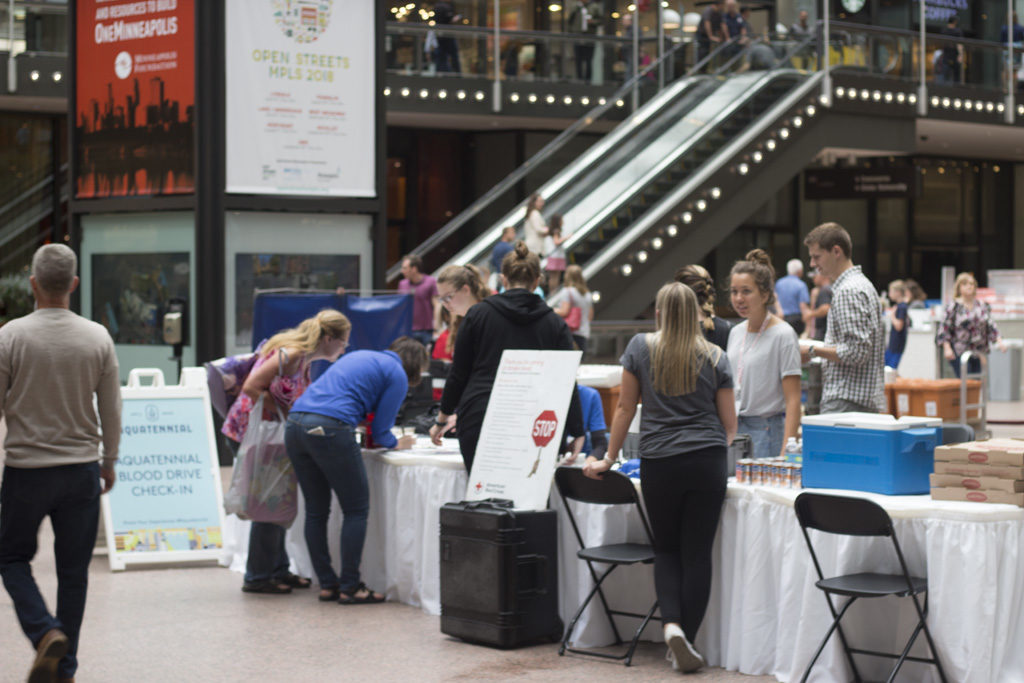 CorePower Yoga came back to Aquatennial this year with what was supposed to be a yoga session and guided meditation hike at Father Hennepin Bluff Park.  Unfortunately, we live in an unpredictable world and this event was forced into their downtown studio due to the weather.  Nonetheless, the Yogis came out in full force with a great showing – nearly filling their largest studio room. 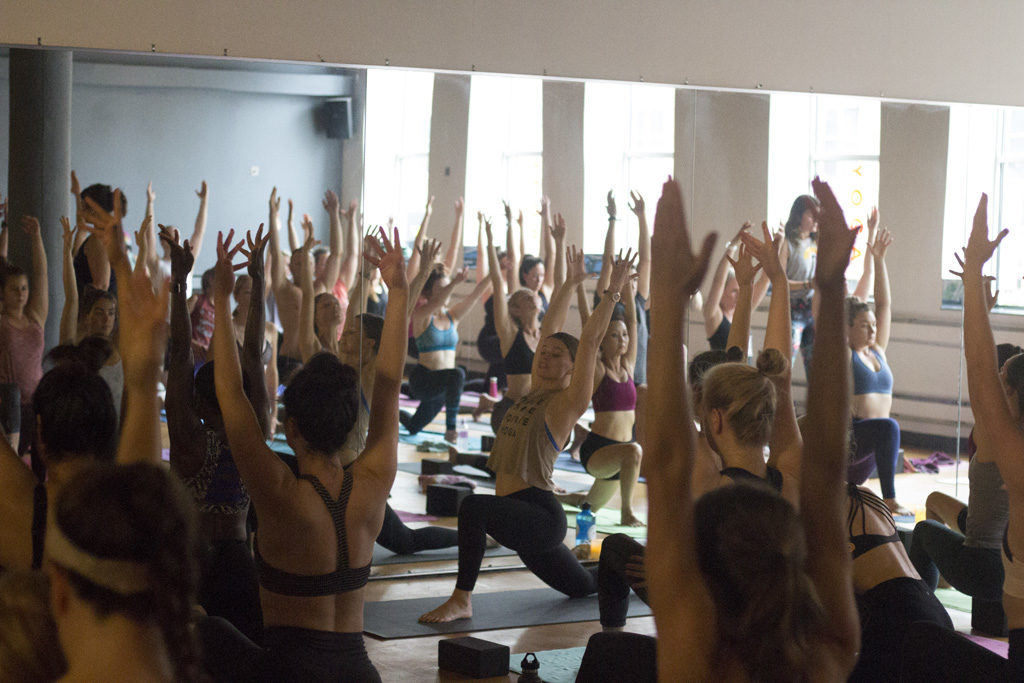 Rounding out a strong second day of Aquatennial was a crowd favorite – the Twin Cities Rive Rats water ski show.  Again, the rain thinned the crowd a little bit, but that didn’t stop the die-hard fans from showing up and supporting this awesome group of performers.  This year’s theme was The Little Ratscalls. 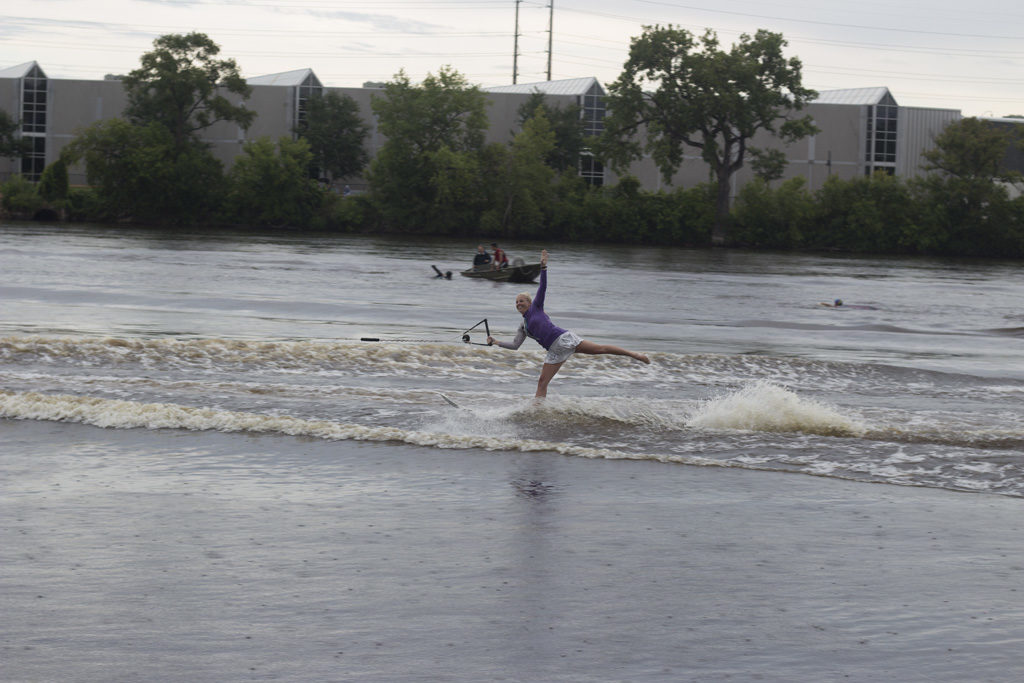 We’re only one day through the 2018 Minneapolis Aquatennial and this year’s celebration is already one for the ages.  We got the action started at the IDS Center with the Aquatennial Blood Drive from 9am-3pm.  We received a great amount of donations, with 30 people donating their time and their blood to The Red Cross. 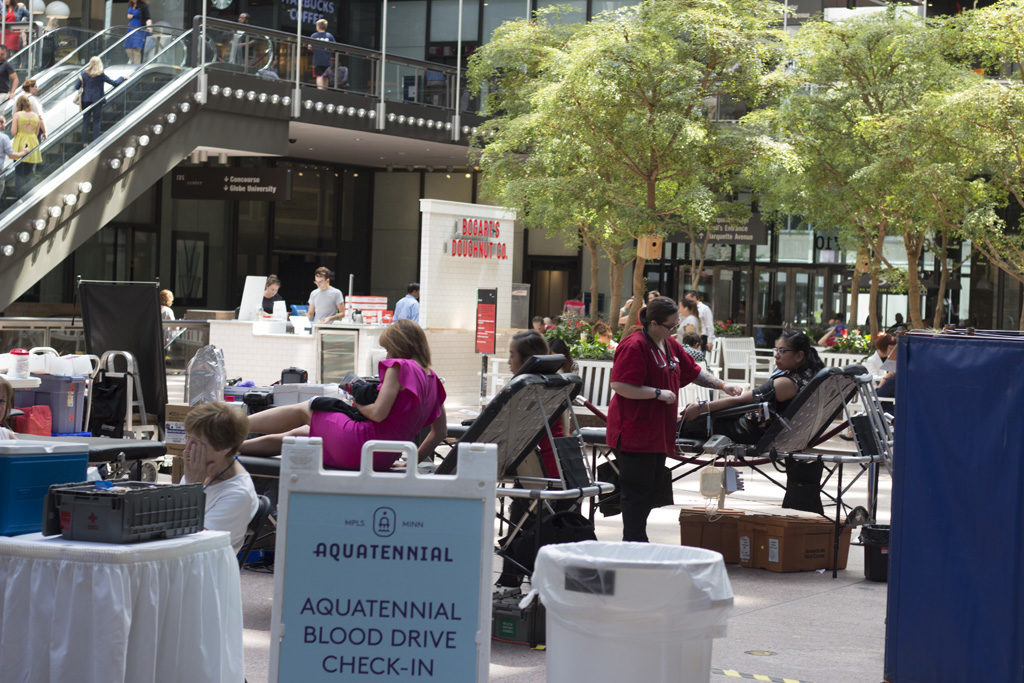 Also starting Wednesday morning was the Go Outside with Hennepin County South Plaza Activities, which ran from 11:30am-1:30pm.  This event runs weekly throughout the summer, but this week had the most engagement that we’ve seen all summer.  Hennepin County employees, kids and downtown residents gathered to play cornhole, ladder ball, connect-4 and much more! 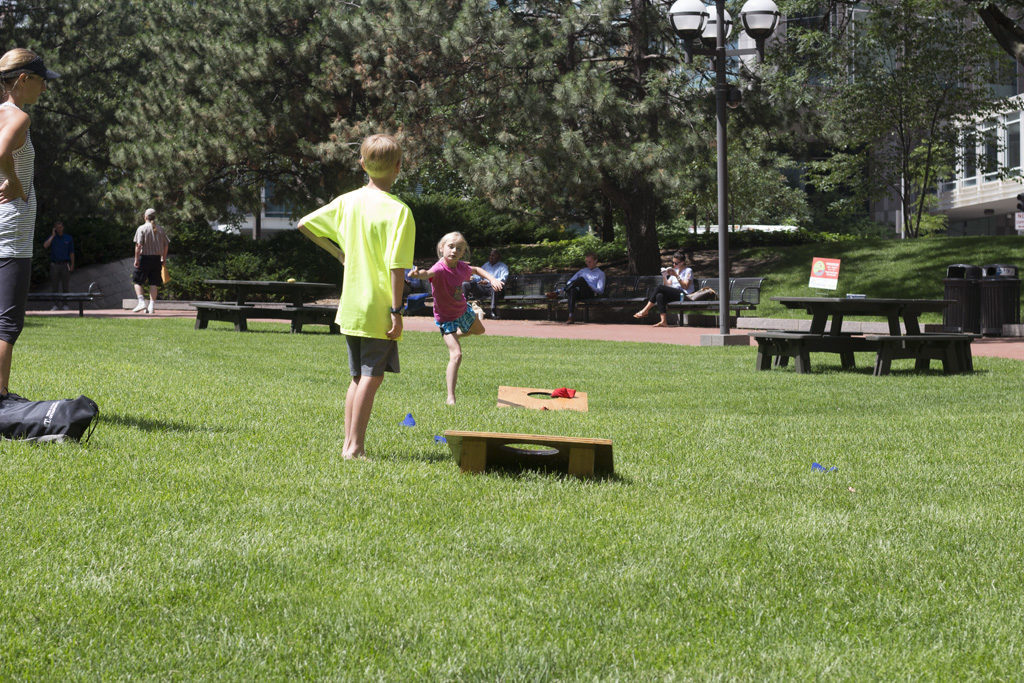 We then invited people down to the Loring Park Pre-Parade Family Fun Night, where attendees took part in USTA Northern tennis lessons, Wilderness Inquiry Canoe Rides, pony rides, a rockin’ dance floor and many more activities.  This event brought in hundreds of people, and there was nothing but smiles all around. 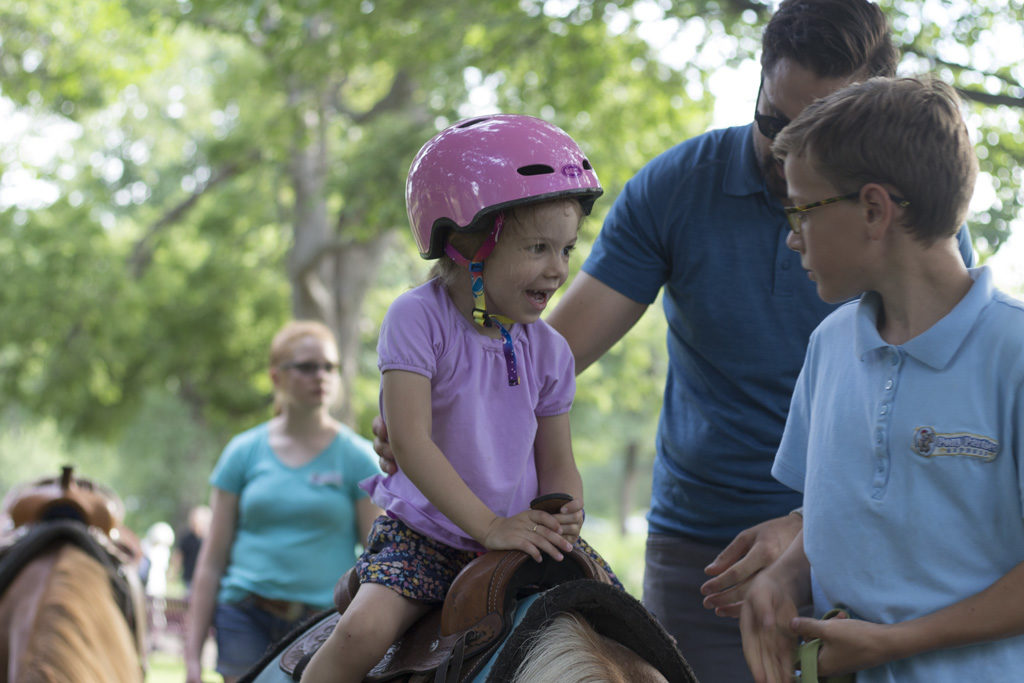 The LifeTime Torchlight 5K was started at 7:30pm by WCCO’s Heather Brown, who also competed in the race.  The streets of downtown Minneapolis were flooded with competitive and recreational runners ranging from children to elderly, and everything in between. 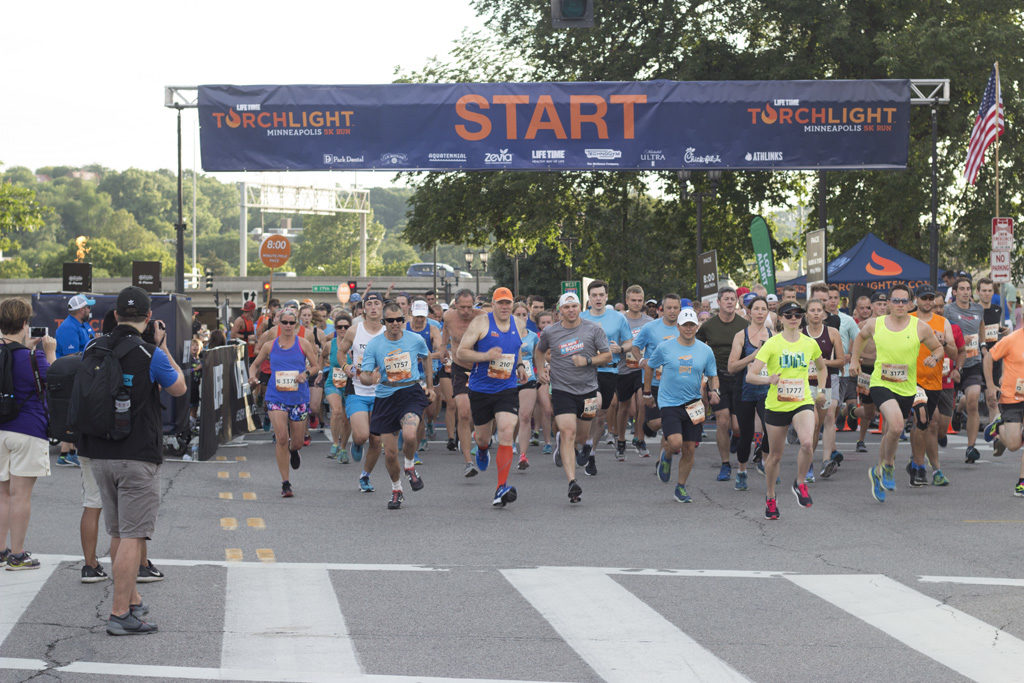 Wrapping up an exciting first day of events was the CenterPoint Energy Torchlight Parade.  We couldn’t have asked for a more beautiful night, and the amazing weather brought out thousands of people to the largest nighttime parade in Minnesota.  Over 85 parade units traveled down the crowded streets of downtown throwing candy, dancing, marching, and interacting with the excited parade-goers. 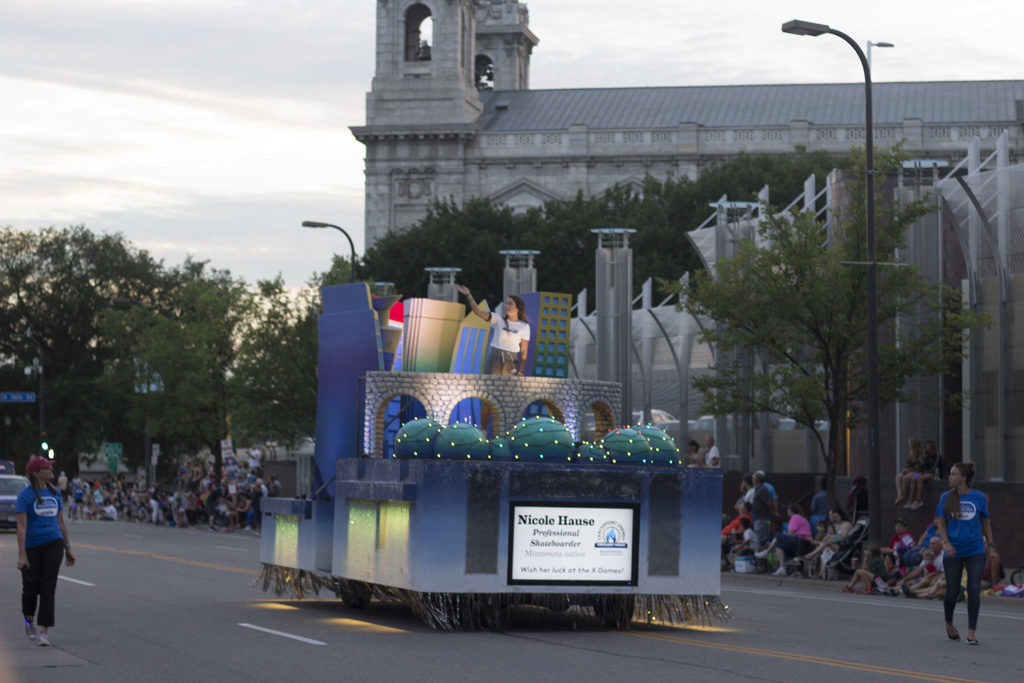 The Minneapolis Aquatennial announced today that Stillwater-native Nicole Hause, who will again participate in the upcoming X Games in downtown Minneapolis this month, will be the Grand Marshal of the 2018 CenterPoint Energy Torchlight Parade on Wednesday, July 18 at 8:30-10:30 pm

Known as the largest nighttime parade in Minnesota, the CenterPoint Energy Torchlight Parade’s Grand Marshal is one of the top female skateboarders in the world.

“Our company looks forward to the CenterPoint Energy Torchlight Parade every year because it’s an exciting way to show appreciation for, and spend time with, the communities we serve each day,” said Brad Tutunjian, division vice president of Gas Operations in Minnesota. “For eighteen consecutive years, it has been a privilege to be able to sponsor this fun-filled event and it’s our hope that everyone can join us in celebrating on July 18.”

Hause was named 2016 Female Bowl Skater of the Year by World Cup Skating. Born in 1997 in Stillwater, Hause began skating at 10 years old after attending a friend’s skateboard birthday party. Her dad built her a ramp shortly thereafter, and at age 15 she turned pro.

Hause missed her 2016 high school graduation to participate in her first X Games. Since then, she placed first in 2017 and 2018 at Malmo, Sweden’s Vert Attack as well as first in the 2018 Vans Girls Combi Pool Classic Pro and first in the 2018 Dew Tour. Last year at X Games in Minneapolis, Hause placed fourth.

During her career, she has competed in the U.S.A., Sweden, Australia and Brazil. Hause is known for her big air, speed and powerful style on the skateboard.

“I am very excited to be the Grand Marshal at the CenterPoint Energy Torchlight Parade,” Hause said. “It’s great to be home, and being part of the Aquatennial and the X Games in downtown Minneapolis in the same week is going to be awesome.”

The CenterPoint Energy Torchlight Parade, along with fellow flagship event Target Fireworks on Saturday, July 21 at 10 p.m., bookend four jam-packed days of Aquatennial events and programming that features two-dozen free and family-friendly events throughout downtown and along the Mississippi Riverfront—where our city was born.